(PRESS RELEASE) Murat Gassiev has signed a promotional deal with Matchroom Boxing USA, Ural Boxing Promotion and Warriors Boxing – and will move up to Heavyweight in June as he prepares to fight on DAZN. 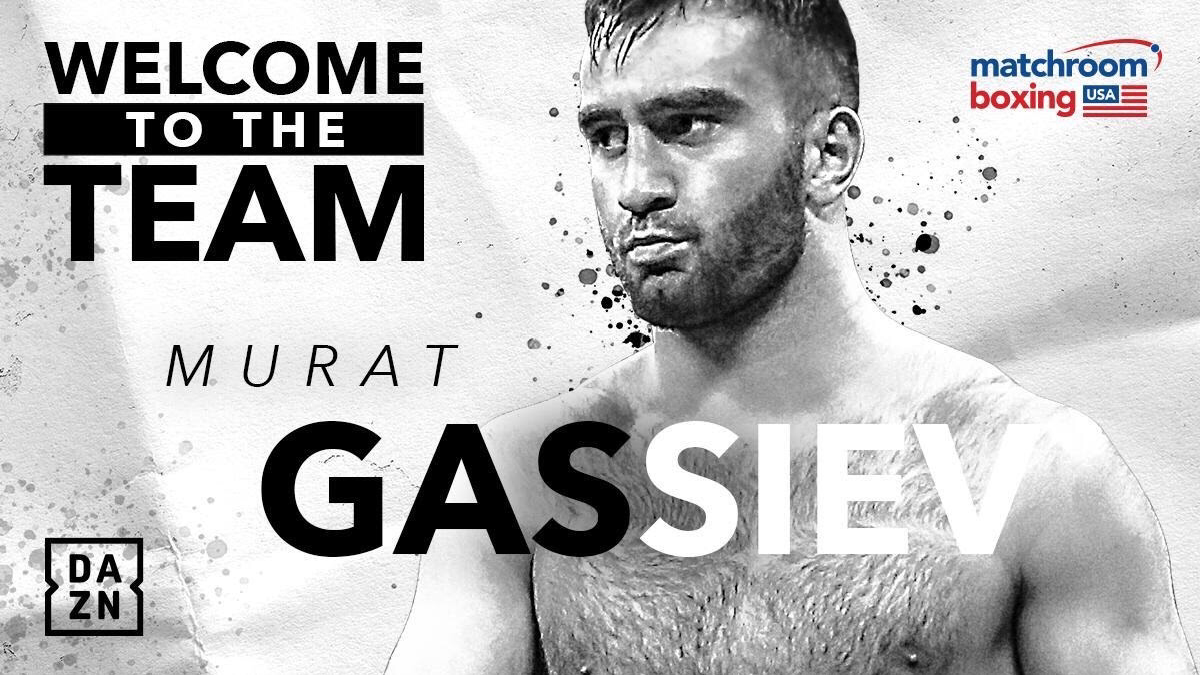 The 25 year old is moving up from Cruiserweight where he landed the IBF World title in June 2016 after beating Denis Lebedev in Moscow, defending it with a third round KO of Krzysztof Wlodarczyk in New Jersey in December 2017 in the quarter-final of the World Boxing Super Series and then adding the WBA crown with a dramatic final round stoppage of Yunier Dorticos in February 2018.

That victory led Gassiev to a final with Usyk in a grand unification battle in Moscow which the Ukrainian won over the distance, and Gassiev has mirrored moves made by his last opponent, Oleksandr Usyk, in teaming up promotionally with Matchroom Boxing USA and with streaming giant DAZN as his US broadcast platform.

The Heavyweight division is on fire with the World’s best Anthony Joshua heading to New York to defend his World titles against Brooklyn’s Jarrell Miller live on DAZN, and with Matchroom Boxing’s stacked stable of Heavyweight contenders and champions, Gassiev is excited to be teaming up with Eddie Hearn and looking to land big fights straight away, with his June fight to be announced soon.

“I am very happy to announce the beginning of cooperation between my promoters, URAL and Warriors with Matchroom Boxing USA and DAZN,” said Gassiev. “I am confident that this cooperation will bring great results. I want to make all my fans around the world happy and realize my full potential in the exciting Heavyweight division.”

“I’m delighted to welcome Murat to the team,” said promoter Eddie Hearn. “Having unified the division at Cruiserweight, I feel Murat is a very exciting addition to the Heavyweight division and what a fantastic time to join it. We have lots of fights ready made for him and I can’t wait to see him fighting at Heavyweight very soon.”