Kabayel (19-0, 13 KOs) has signed a promotional contract with Top Rank, which will co-promote his bouts with SES Boxing. He is ranked No. 4 by the IBF and No. 9 by both the WBO and WBC.

Kabayel made three defenses of the European heavyweight title before vacating the crown to pursue opportunities stateside. He will make his Top Rank debut on an ESPN platform in either late 2019 or early 2020. 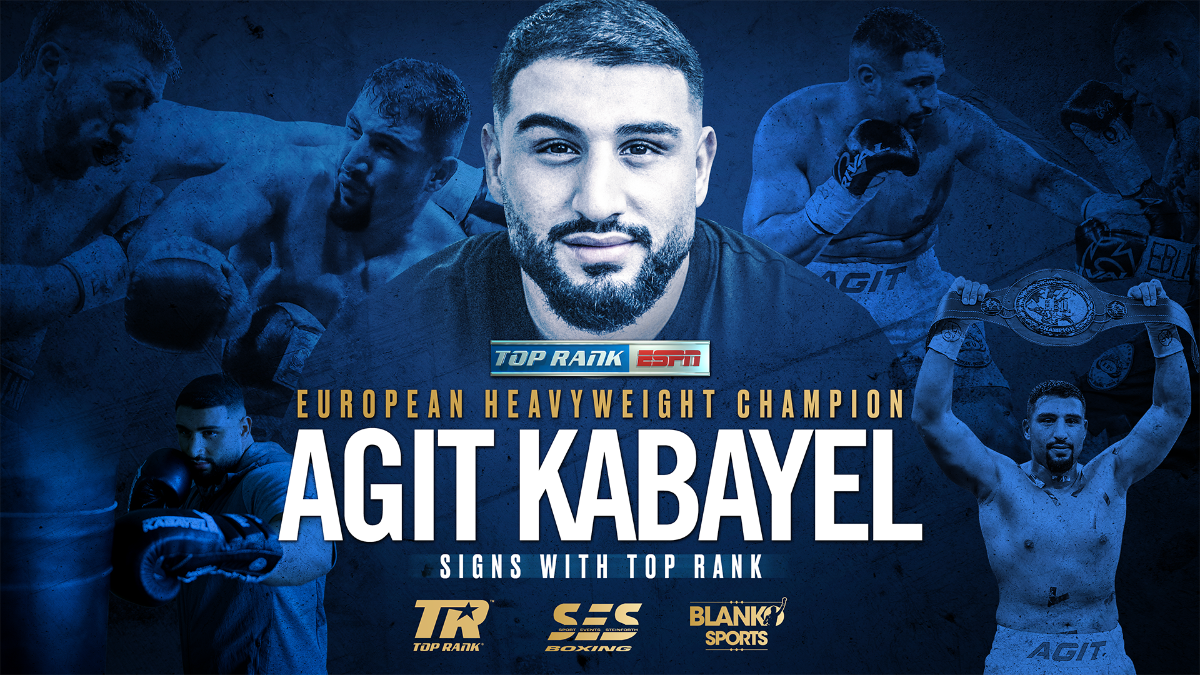 “My American Dream has come true,” Kabayel said. “I can’t wait to showcase my skills in the U.S. and on ESPN. As the European champion, the time is now to go all in and achieve my lifetime goal of becoming the first German world heavyweight champion since the great Max Schmeling.”

“We are delighted to join forces with Bob Arum and Top Rank to present Agit Kabayel on ESPN, the biggest sports platform in the world,” said SES Boxing President Benedikt Poelchau.

“Agit is ready for the world’s best heavyweights, and at only 26 years of age, the best is yet to come. Like all great fighters, Agit wants to make his mark in America,” said Ulf Steinforth, founder of SES Boxing.

Kabayel, who was born in Germany to Kurdish parents, has fought 14 of his 19 pro bouts in his home country. An eight-year pro, Kabayel won the vacant European crown in February 2017 with a 12-round unanimous decision over Herve Hubeaux. Nine months later, he scored his most high-profile victory, a majority decision over perennial contender Derek Chisora. A seasoned veteran who has sparred lineal heavyweight champion Tyson Fury and former unified champion Anthony Joshua, Kabayel opened his 2019 campaign March 2 with an impressive unanimous decision over Andriy Rudenko in Magdeburg, Germany.