Tevin Farmer will defend his IBF World Super-Featherweight title against Guillaume Frenois at College Park Center in Arlington, Texas on Saturday July 27, live on DAZN in the US and on Sky Sports in the UK.

TICKETS ARE ON SALE NOW FROM WWW.UTATICKETS.COM FROM $25

Farmer (29-4-1 6 KOs) makes the fourth defense of his IBF crown inside a year of winning the vacant title in Australia in August against Billy Dib, stopping James Tennyson in five rounds in Boston in October in his first defense and then going the distance in his next two wins – in New York against Francisco Fonseca in December and then a homecoming St Patrick’s weekend clash in Philadelphia against Irishman Jono Carroll.

Carroll landed the clash with Farmer after a controversial draw with Frenois (46-1-1 12 KOs) in a final eliminator in Sheffield, England in December. The Frenchman, the former European champion who fights for his first World title in the Lone Star state, has branded Farmer a ‘fake champion’ and accused him of avoiding him, while Farmer insists his focus is fully on Frenois – and now the pair will clash in what promises to be a heated affair, in a bout co-promoted by DiBella Entertainment and Matchroom Boxing USA. 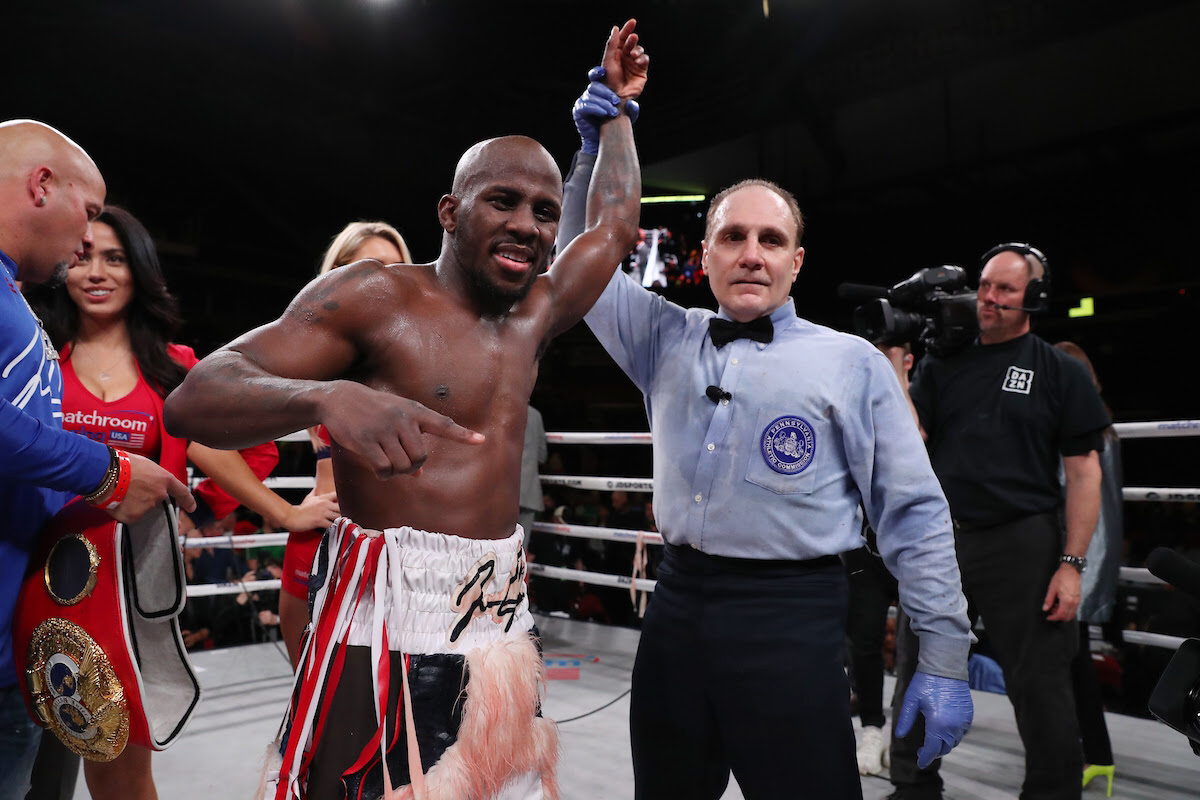 “July 27 will be the fourth defense of my World title in just under one year,” said Farmer. “There is no other World champion as active as me and I don’t plan on slowing down anytime soon. I’m only 28 years old and I’m still learning and still improving each and every time I step in the ring.

“It is no secret that there are major fights out there for me in the division, but I need to take care of business first with Frenois, who has had a lot to say. July 27 is going to be my best performance yet.”

“I am delighted to add another World title fight to this huge night of boxing on DAZN,” said promoter Eddie Hearn. “Tevin has been America’s most active World Champion over the last year and just needs to get past this test to land the big one in the fall.

“Frenois gave Jono a great fight when they battled to a draw last year and will come to Dallas full of ambition. There will be more to add this week to this stacked card on what promises to be an unmissable night of action with a stunning main event.”

“Tevin Farmer is a throwback warrior, who believes that a true champion defends his title at every possible opportunity,” said Lou DiBella, President of DiBella Entertainment. “Against Frenois, Tevin will be fighting his fifth World title fight in a one year and will put an exclamation point on a historic 12-month run. With his mandatory obligation out of the way, the stage will be set for an even more historic next 12 months and beyond for Tevin.”