Fury-Schwarz will be available live in the United States exclusively on ESPN+ — the leading multi-sport streaming service – beginning at 10 p.m. EST/7 p.m. PST.

The event will be promoted by Top Rank, in association with Frank Warren’s Queensberry Promotions and SES Boxing. 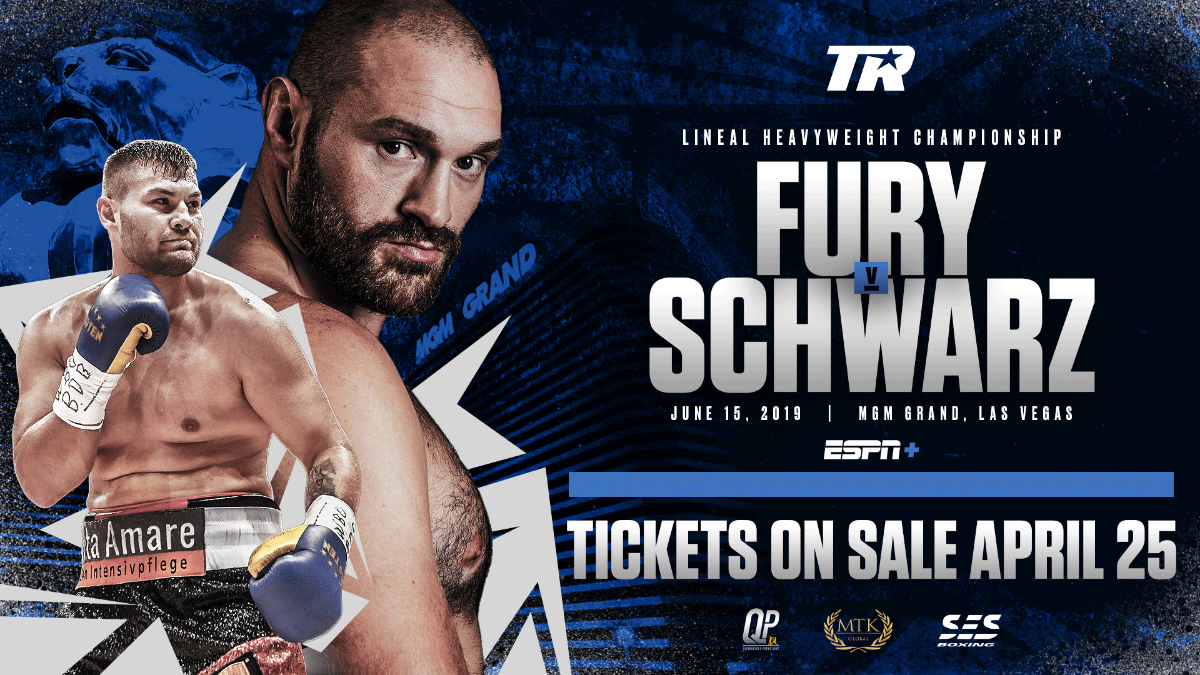 Richard Sturm, President of Las Vegas Live Entertainment and Sports, said, “We look forward to hosting the Fury-Schwarz heavyweight fight at MGM Grand on June 15. These two exciting fighters, known by boxing fans worldwide, will be sure to put on a blockbuster event this summer.”

Fury will be making his first ring appearance since a draw last December 1 versus WBC heavyweight champion Deontay Wilder. Despite being knocked down twice, including the 1-2 combination felt around the world in the 12th round, most ringside observers believed Fury did more than enough to win the fight.

Schwarz, the WBO No. 2 heavyweight contender, is one of Europe’s leading heavyweights and has not gone the distance in his last six fights. He has fought all but two of his bouts in his native Germany and will be making his United States debut against Fury. In his last fight, March 2 in Magdeburg, Germany, he knocked out Kristijan Krstacic in two rounds.